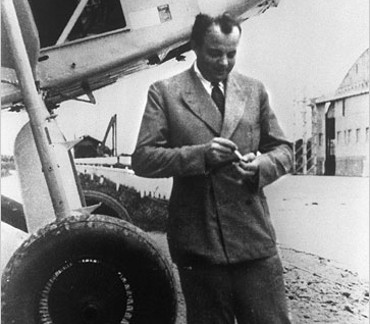 Antoine de Saint-Exupéry was a French aristocrat, writer, poet, and pioneering aviator. He became a laureate of several of France’s highest literary awards and also won the U.S. National Book Award. He is best remembered for his novella The Little Prince (Le Petit Prince) and for his lyrical aviation writings, including Wind, Sand and Stars and Night Flight. He disappeared over the Mediterranean on his last assigned reconnaissance mission in July 1944, and is believed to have died at that time.