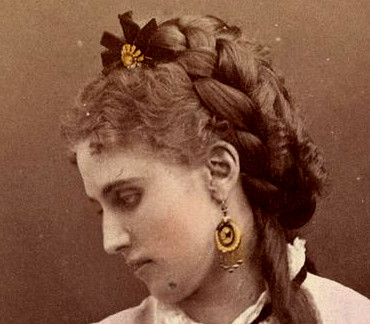 Christina Nilsson, Countess de Casa Miranda was a Swedish operatic soprano. She possessed a bel canto technique and was considered a rival to the Victorian era's most famous diva, Adelina Patti. She was discovered by a prominent civil servant when, aged 14, she was performing at a market in Ljungby. He soon became her patron, enabling her to have vocal training. After four years' study in Paris, she had her operatic début 1864 as Violetta in Giuseppe Verdi's opera "La Traviata" in Paris. After this success she sang at major opera houses in London, Saint Petersburg, Vienna and New York City. In 1887 she married Angel Ramón Maria Vallejo y Miranda, Count de Casa Miranda.