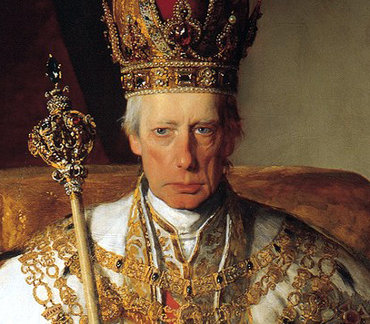 Francis dissolved the Holy Roman Empire after the decisive defeat at the hands of the First French Empire led by Napoleon at the Battle of Austerlitz. In 1804, he had founded the Austrian Empire and became Francis I, the first Emperor of Austria. He was also Apostolic King of Hungary, Croatia and Bohemia as Francis I, and served as the first president of the German Confederation. The proxy marriage of the state of his daughter Marie Louise of Austria to Napoleon was arguably his severest personal defeat. After the abdication of Napoleon following the War of the Sixth Coalition, Austria participated as a leading member of the Holy Alliance at the Congress of Vienna.