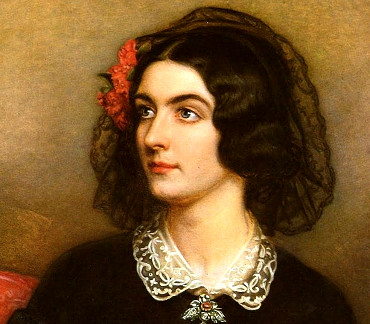 Eliza Rosanna Gilbert's determination and temper were to become her trademarks. Taking on the stage name Lola Montez as a Spanish dancer, her notoriety hampered a career in England. Departing for the continent, and almost certainly accepting favours from a few wealthy men, she met and had an affair with Franz Liszt, was introduced to George Sand, and Alexandre Dumas. In Munich she became the mistress of Ludwig I of Bavaria, who made her a Countess. There, she exercised great political power, which she directed in favor of liberalism. At the start of the Revolutions of 1848, she was forced to flee, and proceeded to the United States, returning to her work as an entertainer and lecturer.