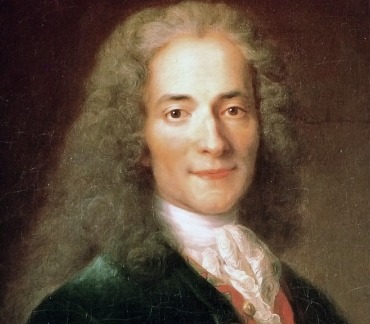 Voltaire was a French Enlightenment writer, historian, and philosopher famous for his wit, his attacks on the established Catholic Church, and his advocacy of freedom of religion, freedom of expression, and separation of church and state. Voltaire was a versatile writer, producing works in almost every literary form, including plays, poems, novels, essays, and historical and scientific works. He is remembered and honoured in France as a courageous polemicist who indefatigably fought for civil rights (as the right to a fair trial and freedom of religion) and who denounced the hypocrisies and injustices of the Ancien Régime.