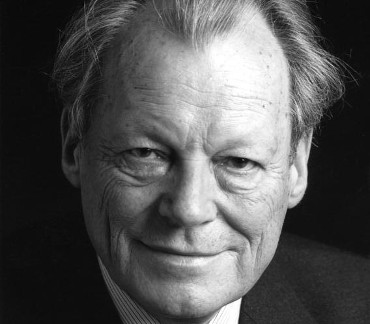 Willy Brandt was a German statesman and politician, leader of the Social Democratic Party of Germany (SPD) from 1964 to 1987 and chancellor of the Federal Republic of Germany from 1969 to 1974. He was awarded the Nobel Peace Prize in 1971 for his efforts to strengthen cooperation in western Europe through the EEC and to achieve reconciliation between West Germany and the countries of Eastern Europe. Brandt was controversial on both the right wing, for his Ostpolitik, and on the left wing, for his support of American policies, including the Vietnam War, and right-wing authoritarian regimes.