A charming note from Salinger to Maria DeSalvo in which he writes "I'm an unsatisfactory and, at best, a one-shot letter answerer, but I would like you to know that I liked that very nice letter you sent me. Thank you. Very good wishes to you. Sincerely, J.D. Salinger". 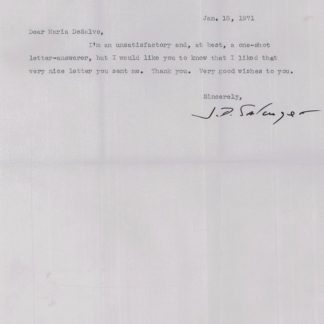