The most comprehensive agricultural treatise in Arabic

8vo. 2 vols. (instead of 3). Contemporary purple half calf with marbled boards and endpapers.

First French edition of Ibn al-‘Awwam's famous "Book of Agriculture", probably written towards the end of the 12th century and regarded as the most comprehensive agricultural treatise in Arabic. The author "gathers all the knowledge of his time concerning agriculture, horticulture and animal husbandry into a huge compendium of excerpts from all the previous agronomical traditions and treatises [...] To these he often adds his own observations and experiences [...] He records, for example, his experiments in grafting the wild olive of the mountains with the domesticated olive of the plain, and his successful cultivation of saffron, under irrigation, in the mountains [...] Ibn al-‘Awwam’s treatise comprises 34 chapters dealing with all aspects of husbandry - it mentions 585 different plants, explains the cultivation of more than 50 fruit trees, and includes many valuable observations on soils, manures, grafting, and plant diseases (Sarton 1927-48, II, pp. 424-25). Ibn al-‘Awwam also includes an agricultural calendar, one of the few Andalusi agronomists to do so. The last section of his work is devoted to animal husbandry, with chapters on cattle, sheep, goats, camels, horses, mules and donkeys, geese, ducks, chickens, pigeons, peacocks and beekeeping. As well as being of great value and interest for the study of agricultural history, the Kitab al-filaha has enabled scholars to reconstruct the original texts of some previous authors whose work has only survived in abridged or fragmented form. In addition, the profusion of references, even though sometimes entangled and difficult to unravel, provides the historian with a wealth of information on the transmission of knowledge" (). 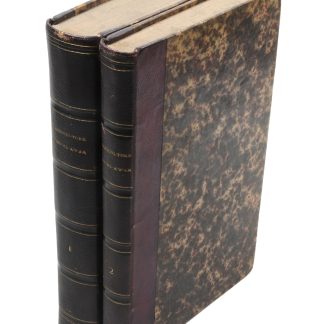