With Napoleon in Egypt

Denon was attached to the Napoleonic forces during the invasion of Egypt. His resulting work was a tremendous success, as it was among the first to show in detail the extraordinary monumental richness in the land of the Pharaohs. This is the only edition to have some of the plates aquatinted. In many respects the illustrations done in this way, which tend to be the topographical views, are more successful than the equivalent line engravings in the original and subsequent French editions. 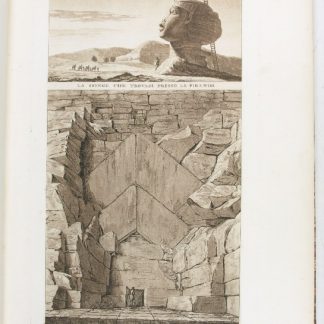