Cavaignac was Minister of War in the Brisson cabinet from June 28, 1898 to September 5, 1898, during the climax of the Dreyfus Affair. In July 1898, he read in the chamber a document, which definitely incriminated Captain Alfred Dreyfus. On August 30, however, he stated that this had been discovered to be a forgery by Colonel Henry, but he refused to concur with his colleagues in a revision of the Dreyfus prosecution. 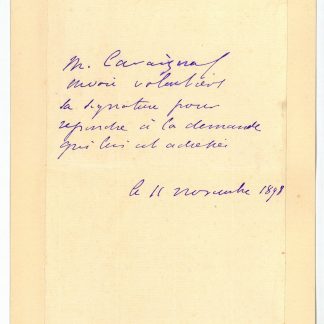