"In 1878, when Prince Aleksandr Gorchakov became incapable of performing his duties, Giers became acting foreign minister; he was formally appointed to that post on April 9 (March 28, O.S.), 1882. Although his major aim was to maintain Russia's alliance with Germany and Austria-Hungary (the Dreikaiserbund, or Three Emperors' League), Giers was unable to do so. A major Balkan crisis that began in September 1885 had greatly accentuated the divergent interests of Russia and Austria. When the Dreikaiserbund lapsed in 1887, Giers negotiated a new alliance with Germany only (the Reinsurance Treaty; 1887) but was unable to renew it in 1890" (Encyclopædia Britannica). 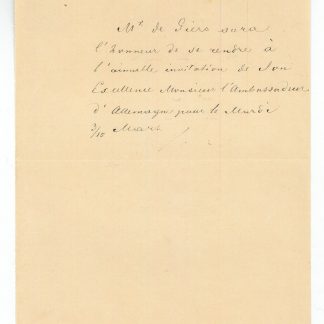