Complete English text of the trade convention entered into by Queen Victoria and Said bin Sultan, the Sultan of Muscat, following Said's successful ratification of a treaty with the United States in 1835 and his capture of Mombasa, Kenya, in 1837. As early as 1822, Muscat had agreed to abolish the slave trade with the West. 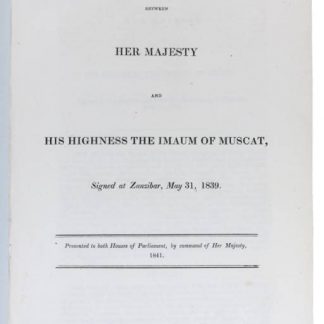