First edition: the full run of Lenin's (irregularly) weekly political newspaper "Vpered" (January-May 1905), bound with its successor "Proletarii" (May-November 1905), both published by the Russian Social Democratic Labour Party in Geneva. Printed in the same format as Lenin's previous news outlet, "Iskra", which began publication in 1900 in Leipzig and Munich (later continued in Geneva), from where it was illegally smuggled into Russia. Lenin left the editorial staff in 1904 after the paper fell into the hands of the opposing "Menshevik" party faction. He went on to found "Vpered" as a continuation of the still-extant "Iskra", albeit returning to the original Bolshevik platform. Consequently, all three newspapers are near-identical in format, the latter two, however, with the statement at the upper right-hand corner: "Proletarii Vsekh' Stran' Soedinyaytes!" ("All the Proletarians of the Country Unite!"). At head of title of "Vpered" is the French slogan "En Avant"; at head of title of Proletarii: "Le Proletaire".

Boards rubbed, otherwise in very good condition. Old faint rubberstamp of the "Algemeyner Yidisher Arbeter Bund" ("Archiv Bunda") throughout. The "Bund", a Jewish labour and socialist party, was founded in Vilnius, Lithuania, in 1897; in the following year it played a part in the formation of Lenin's Russian Social Democratic Labour Party. By 1921 the activities of the "Bund" came to an end in Russia because of the Bolsheviks' seizure of power. 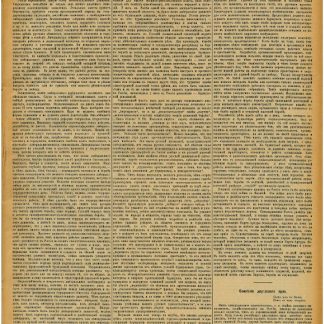