To the Liberal Party politician Sir Henry Campbell-Bannerman: "The proposal as to the rank of the officer which was sanctioned in 1876 is deported from. If you approve with the view, I have no doubt we shall easily be able to dispose of the question when ever are both of us in London again [...]".

Official letter sent in sense of W.O. suggestion - generally". With old traces of mounting on verso. 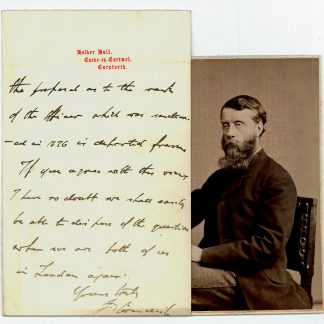