First edition of this brief introduction to falconry, re-issued in 1964 and 1978. It features impressive photographs of trained falcons with their prey, as well as hawks on perches or falconers' hands, some hooded. In addition, the illustrations display wild animals, including a sparrow-hawk at its nest, young hawks about to leave the nest, a lemming in Lapland, and an eagle owl.

Handwritten ownership of Charles Henry Stanley Garton (b. 1920), who received this book as a gift from John Osmaston, dated "Christmas 1946".

In near mint condition. Not seen at auction since 1960. 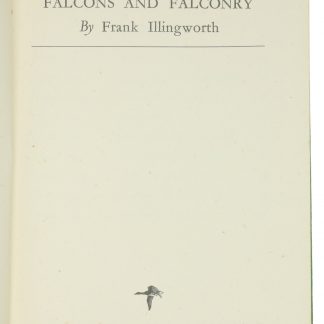