A very rare Ottoman postcard depicting a map of Yemen, including the Ottoman-dominated northern and western parts of the country (Sana'a, Taiz, and Al Hodeidah), as well as the British-dominated southern regions (Aden). The card was part of a series made by Ibrahim Hilmi, one of the premier Istanbul cartographers of the era. 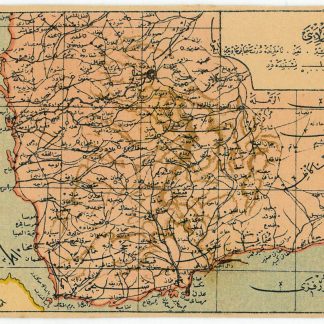