A very rare Ottoman postcard featuring one of the earliest printed maps to focus on the Asir region, then nominally part of Ottoman Yemen, but today a part of Saudi Arabia. The card was part of a series made by Ibrahim Hilmi, one of the premier Istanbul cartographers of the era. 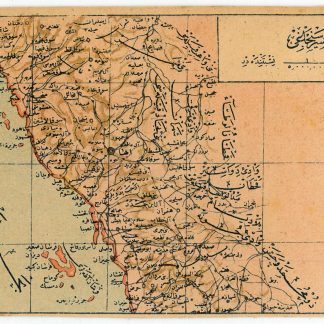