First published in 1924, during Arnold's professorship for Arabic and Islamic Studies at the School of Oriental Studies at the London University, a position he assumed after teaching in Aligarh, Lahore and Punjab for several years, as well as acting as Adviser to the Secretary of State for India from 1917 to 1920. The 1967 re-edition includes an additional chapter by the historian and editor of the academic journal "Middle Eastern Studies", Sylvia Haim: "The abolition of the Caliphate and its aftermath". 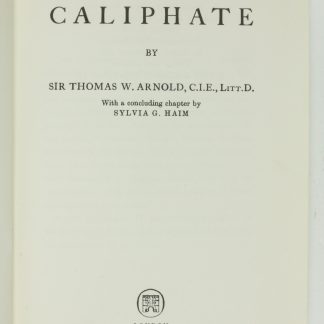