A scarce ephemeron of the 14 July Revolution, which overthrew the Hashemite monarchy in Iraq that had been established by King Faisal in 1921 under the auspices of the British. The Istrabadi family were part of the Iraqi ruling class prior to the 1958 coup and unsuccessfully attempted to deliver the then Prime Minister Nuri al-Said to safety; Bibiya al-Istrabadi was killed in the attempt, while trying to exit Baghdad. 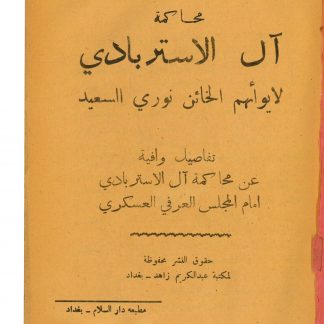