An extremely detailed map of what are today the northernmost six Emirates of the UAE (at the time of issue, the Trucial States): Dubai, Sharjah, Ajman, Umm al Quwain, Ras al Khaimah, and Fujairah, also marking the names of all the tribes holding power in the various areas. Issued by the Geographical Section, General Staff (GSGS) as part of their 1:250,000 scale map series of Arabia. The GSGS, also known as MI 4, operated under the Director of Military Operations and Intelligence. Its role was to supply maps to the British armed forces, collect data on foreign survey networks, provide training, and prepare survey data for Expeditionary Force mobilisation. 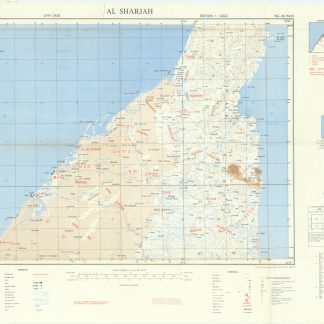