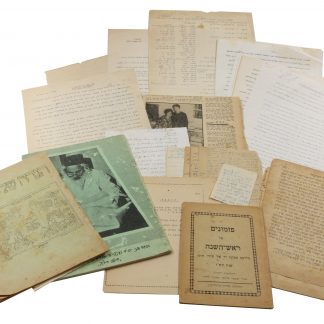 Sie sehen: Yemenite Jewry in Israel. Collection of Yemenite documents and publications in Hebrew.Israel, first half of the 20th century to the 1970s. € 6.500,00
In den Warenkorb