The railway to Baghdad that never was

[Haifa-Baghdad railway]. Collection of twelve maps of the Middle East relating to the proposed construction of a railway between Haifa and Baghdad.

Rare collection of maps relating to the proposed construction of a railway between Haifa and Baghdad. In the 1920s the British contemplated building such a railway that would have connected the Mediterranean with the capital of Iraq, ostensibly to shore up their imperial rule, support the British-backed Arab government of Iraq, and secure the oil pipeline already running from the Mosul oilfields to Haifa. They were also aware that developments of aerial warfare made the Suez Canal susceptible to aerial attacks in wartime, and alternative military routes across the Middle East to India were sought. However, a series of economic difficulties trumped political and military expediency, and with the outbreak of the Second World War, the dream of a trans-Middle Eastern rail service evaporated.

Some edge tears with occasional loss to paper but not to the map. A rare survival. 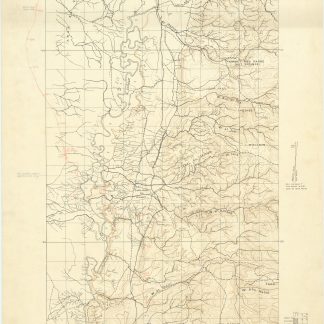