The first good photographs of the surface of Mars

[Mars]. A collection of views from the spacecrafts Mariner 6, 7, and 9.

A collection of original gelatin silver prints showing the surface of the planet Mars, taken by the American robotic space probes Mariner 6, 7, and 9: five photographs taken by Mariner 6 and seven taken by Mariner 7 (1969); the remaining 21 taken by Mariner 9 in 1971-72. All are extensively annotated on the reverse with NASA's printed official photo captions.

Mariner 6 and 7 flew over Mars' equator and south polar regions, analysing the atmosphere and the surface with remote sensors and relaying to Earth hundreds of grayscale pictures. The mission goals were to study the surface and atmosphere of Mars in close flybys, so as to establish the basis for future investigations and to demonstrate and develop technologies required for future Mars missions. Two years later, NASA launched Mariner 8 and 9 - the former crashing into the Atlantic immediately, leaving the single surviving orbiter to perform a mission designed for two. Upon its arrival, NASA scientists were further dismayed to find the planet obscured by thick dust storms. Nevertheless, the mission turned out a complete success: after the dust had settled, the probe managed to send back excellent pictures of the surface. After 349 days in orbit, Mariner 9 had transmitted no fewer than 7329 images, covering 85% of Mars' surface. The images revealed river beds, craters, massive extinct volcanoes (such as Olympus Mons, the largest known volcano in the Solar System), canyons, evidence of wind and water erosion and deposition, weather fronts, and fogs. Mars' moons, Phobos and Deimos, were also photographed. The findings from the mission underpinned the later Viking program.

The exploration of Mars continues: the summer 2020 launch window saw the United Arab Emirates send an orbiter on the Al Amal (Hope) Mars Mission. It arrived in February 2021 to study the Martian atmosphere and weather. 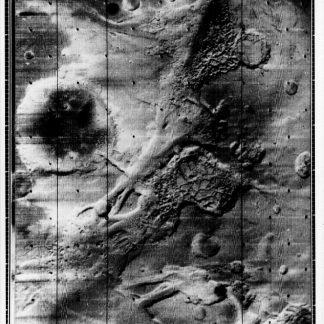