Handsomely bound, extraordinary collection of important scientific journal articles by 19th and 20th century Western explorers of Afghanistan, Central Asia, China, the Himalayas, India (including Assam, Bengal, Kashmir, and Punjab), Karakoram, Pakistan (including Sindh), and Tibet, with content covering anthropology, archaeology, exploration, geography, geology, glaciology, history, language and grammar, mountaineering, and politics. At the time these were the far outskirts of the world for Western science, where a lot was yet to be learned. Often the maps in these journals are the first modern maps of such regions and findings were the first to be scientifically published.

Generally in very good condition. Please inquire for a full list of contents. 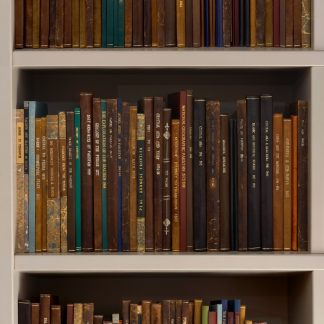