On 1 March 1924 the farmer Émile Fradin and his grandfather Claude discovered an underground chamber while ploughing one of their fields. In several excavations on the site between 1924 and 1930 Fradin and others discovered more than 3000 artefacts, mostly clay tablets, sculptures and vases. With the help of local amateur archeologists Fradin claimed the findings to be of Neolithic origin. Once the unusual discovery reached national attention and professional archaeologists got involved, controversies arose. A commission of specialists that was appointed to investigate the site in 1927 declared everything from Glozel with the exception of a few pieces to be forgeries. Fradin was confronted with allegations of fraud but an initial indictment was repealed in 1931 and he successfully sued René Dussaud, a curator at the Louvre and famous epigrapher, for defamation in 1932. Despite several scientific attempts at dating and interpreting the discovery, no conclusive explanation has been put forward until today. A majority of artifacts is now believed to be of mediaeval origin and some objects have been identified as forgeries, but there are also objects dating to the Gallo-Roman and Celtic period. The most remarkable and enigmatic artefacts from Glozel are some 100 tablets bearing inscriptions. The symbols are reminiscent of the Phoenician alphabet but they have not been conclusively deciphered. 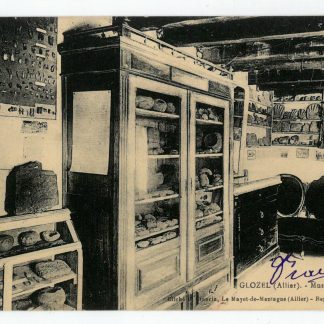