Specializing in animal painting, Engelen was a member of the Flemish artists' association "Als Ik Kan". He created several murals as well as a painting with a Congo theme for the 1894 World Fair "Oud Antwerpen" along with Robert Mols, and was appointed a professor at the Antwerp Academy in 1897. 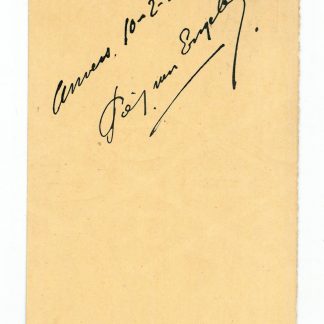