Considered one of the best German animal painters and especially noted for his vivid depictions of lions in the desert, Friese started studying in Berlin at the age of 16. He and opened his own studio in 1880 and visited Syria, Palestine, Norway, Spitsbergen and Canada. 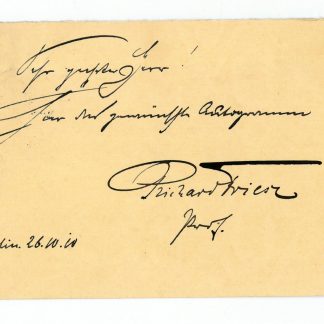