Starting out as a painter commissioned by the German Empress and a Russian Grand Duke, Geissler soon turned towards etching, created large-sized examples during his study trip to Paris from 1910 to 1911, and settled in Munich in 1912, where he served on the board of the "Verein für Original-Radierung". 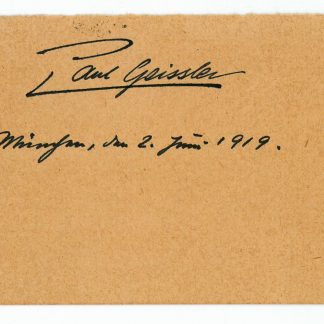