Pardoe, [Julia]. The Beauties of the Bosphorus.

Third edition. The British travel writer Julia S. H. Pardoe (1806-62), who, suffering from consumption, had been taken south early in her youth, accompanied her father to Constantinople in 1835 and was famous for her literary reports on Portugal and the Near East even as a child. "Since Lady Mary Wortley Montagu probably no woman has acquired so intimate a knowledge of Turkey [... Her] works, written [...] in a pleasant and graceful style, attracted a large share of notice, and, as popular history, may still be read with pleasure" (DNB).

First published in 1838 with only 78 plates; later editions were published under the title "Picturesque Europe" (1854 and 1874). The pretty views are engraved after William Henry Bartlett (1809-54), whose series of oriental and American topography were then very popular (cf. Thieme/B. II, 554). 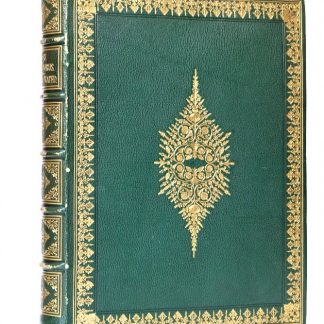