A collective volume with texts in Arabic on Arabic manuscript paper (for ff. 43-45 and from f. 73 onwards European paper is used). It was copied by Ahmad b. 'Uthman al-Arzan al-Rumi in the city of Qustantiniyya (Istanbul) in one of the eight madrasas (colophon in a later hand on f. 78a).

3) ff. 60a-78b. Acephalous fragment of a gloss on logic (Qala-aqulu structure). In the margin of f. 60a is the name "'Sayyid Tasdiqat'", which may indicate that his is another gloss by al-Sayyid al-Sharif al-Gurgani. 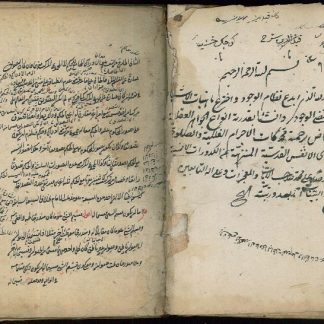