I: Second edition of this apology, published immediately after the Freiburg first edition. Ostensibly directed against Gerard Geldenhouwer in Strasbourg, who had attempted to tie Erasmus to the Reformation, this "epistle" is basically a pamphlet against the Protestant cause, which Erasmus perceived as seditious.

II: In spite of the title note, "iam recens aeditae", this is the first known edition of this collection of 114 sayings of the Church Fathers, banned by the Roman Church, for reasons unknown (cf. Reusch I, 285).

Pretty binding somewhat rubbed, with slight damage to extremeties. Some brownstaining throughout; erased ownerships to the "114 sententiae"; censorship marks by a contemporary hand to title and first pages of Erasmus's work. 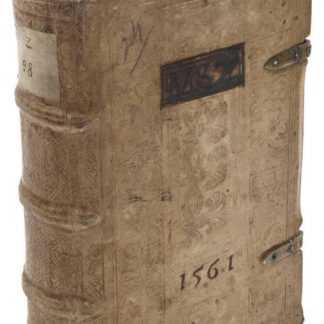