To her translator, Marie "Mizi" Franzos (1870-1941), about translating the writer's stories into German: "The thing you ask about on page 199 of En fallen Kung ['A Fallen King'], 'Klippte Klarskinn', you can certainly skip over. I am sure it is not to be found in Germany. But in Sweden they used to, and indeed still do, put dried fish skin in boiling coffee to get it clear and beautifully brown. It was called Klarskinn ['clearskin'] and cut into small pieces. I believe that 'Who has inspired you, woman' is to be found in the Bible, but it is so long since I wrote it that I have forgotten where. Perhaps it is in the Gospels, but I cannot say for certain. Again, krytfjärdingar ['gunpowder firkins'] in 'Uncle Ruben' means 'wooden casks' filled with gunpowder. People here used formerly a little container made like casks, but much much smaller, to keep gunpowder in. You can translate it by whatever is used to keep gunpowder in with you. I am afraid I have nothing to send for Deutsche Rundschau [...]" (transl. from the Swedish original; Swedish text available upon request).

"Mizi" Franzos translated for the famous publisher Albert Langen of Munich. Bard, Marquardt & Co. of Berlin had recently begun a series of illustrated cameos, delightfully produced in an art-nouveau format, and entitled "Die Literatur". No. 7 on Selma Lagerlöf is by Oskar Levertin, and was translated from the Swedish by "Francis Maro", Franzos's alias. Lagerlöf, he says, is "the most astonishing literary anomaly I know", renewing formst hat were long thought buried, "a resurrection that has gripped the hearts of all". 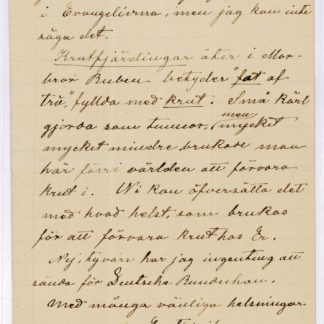