Seven pencil sketches and eight works of poetry on album leaf, ca. 215:265 mm (8 ½ x 10 ½ in). Signed and dated in ink in the lower margin. Recently matted, and in very good condition.

Album sheet with seven pencil sketches of a mariner's life including one of Longwood House, Napoleon's home-in-exile on St Helena. The drawings are supplemented with eight stanzas of poetry in German, and a note stating that the sketches were made by a sailor in May 1851 while on board the Prussian bark Mercur (1833). The ship was built in East Prussia and made a series of voyages along the Western coast of Africa and to Brazil, visiting Cape Verde Islands, Bahia and Rio de Janeiro in 1850-52; it was eventually sold to Norwegians in 1854. "Longwood House was the residence of Napoleon Bonaparte, during his exile on the island of Saint Helena, from 10 December 1815 until his death on 5 May 1821. It lies on a windswept plain some 6 km (3.7 mi) from Jamestown. Following Napoleon's death, Longwood House reverted to the East India Company and later to the Crown, and was used for agricultural purposes. Reports of its neglect reached Napoleon III who, from 1854, negotiated with the British Government for its transfer to France. In 1858 it was transferred to the French Government along with the Valley of the Tomb for a sum of £7,100. Since then they have been under the control of the French Foreign Ministry and a French Government representative has lived on the island and has been responsible for managing both properties" (Wikipedia). 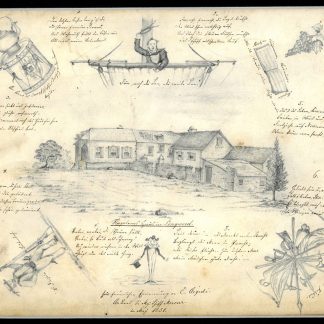