The Sharh is distinguished from the Matn by overlining (black and sometimes also red). The calligraphy is marked by nervous, short and quick strokes as well as some uncommon ligatures. A note on the final page below the colophon reads: "Kafa' al-katib mahrum fi'l-turab, tarikh itna-wa khamsin wa tisa-mi'a", i.e.: "The deprived scribe did enough of the required on the earth (lit.: "dust"), [in the] year two and fifty and nine hundred" (= AH 952). The paleographical and ornamental evidence fully agrees with such a date. 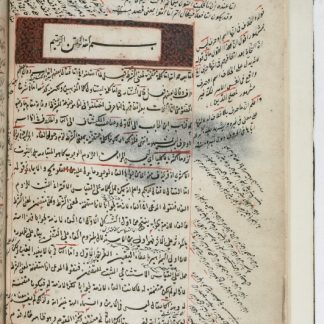