The fanatical Bosnian Muslim Vilajetovic, popularly known as "Hadzi Lojo", repeatedly incited his fellow believers to violence agains Bosnian Christians and their churches. His fearless struggle for a conservative, backwards-oriented Islam and the old Bosnian freedoms, fought by way of murder, theft and plunderings which made him wealthy, spread his fame and made him a popular hero. His agitation against the "unbelievers" climaxed during the Austrian occupation of Serbia and Herzegovina, which the Ottoman sultan had relinquished at the Congress of Berlin in 1878. Hadzi Lojo led a mob to the pasha's residence in Sarajevo and called upon Muslims to turn against Ottoman rule and resist the coming of the Habsburg army. He was sentenced to death in 1879, but the sentence was committed to a short prison term in Theresienstadt (Terezin in Bohemia), as Emperor Franz Joseph did not wish to create a political martyr. In 1884 he was released and sent into exile, as which he chose Mecca. 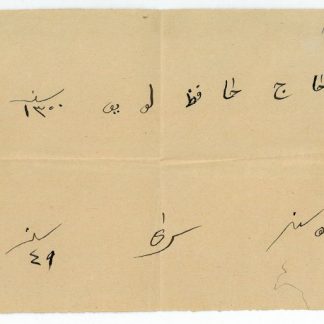