In 1872 Bodio officially worked as statistician for the Italian government. The same year he was called to Rome to be appointed Secretary of the Statistical Bureau of the Ministery of Agriculture, Industry and Commerce, of which he soon became chief of the bureau. In 1878 the bureau was raised to an office (direzione generale), and Bodio stayed Director General until 1898. In the early 1860s he had spent a year in Paris and since then he was friendly with Emile Levasseur. 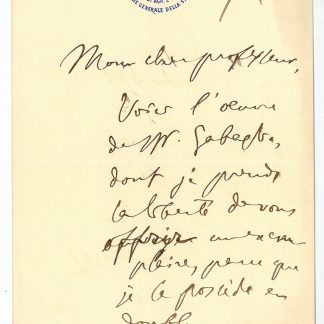