A cordial letter to his translator, Elfriede Wagner, thanking her for sending him a poem by Hesse, thinking about his early novels (including a book written in 1945, the year in which "the first atomic bomb detonated above mankind", transl. from the German original), and on her liberty in finding a German title for his latest novel (such as the Dutch translator did for his book "The Egyptian" ("Sinuhe, egyptiläinen", 1945) in variation from a word of Rilke). 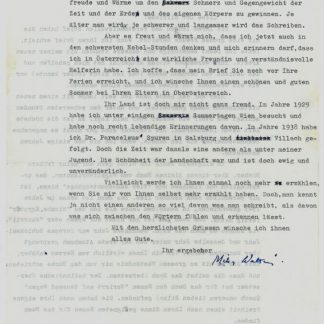