A remarkable, apparently unpublished manuscript chronicle of the 1683 Siege of Vienna by the Turks, which marked the turning point in the 300-year struggle between the forces of the Central European kingdoms and the Ottoman Empire and cemented the Habsburgs power. The manuscript begins with a historical account and background, touching on the problems of religious liberty, the Hungarian resentment against German domination, and other problems which led to the interference of the Turks and their aggression against the West. The chronicle continues in great detail, almost in the form of a contemporary diary, providing a day-by-day account of the unfolding events from 1 August 1683 until the end of the siege when the defeat of the Turkish army at Vienna became the turning point in the long East-West struggle. The story gives, among other things, detailed figures of the strength of the Christian and Turkish forces, listing all regiments with their commanders and the number of troops. The pagination, which despite being a self-contained account begins on 131, and the legible uncorrected script, indicate this was likely prepared for publication in a larger work. Includes (before f. 160) a rare engraved folding map of the siege of Vienna from Johann van Ghelen's "Relazione compendiosa e veridica del famoso assedio dell'imperiale città di Vienna, attaccata da Turchi li 14. di luglio, e liberata li 12. di settembre 1683". 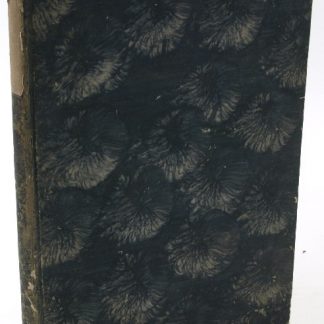