Ahmad Lutfi al-Sayyid (1872-1963) was a leading spokesman for Egyptian modernism in the first half of the 20th century. Throughout his career he held a number of political and nonpolitical positions, including several academic posts. Owing to his career in education and his influence upon young Egyptians, he came to be known as Ustadh al-Jil (“Educator of the Generation”). 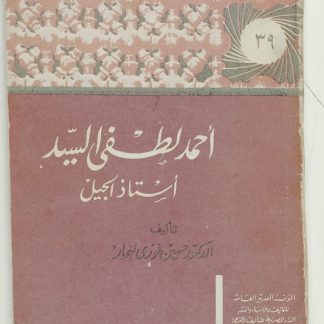