German edition of the earliest detailed account of Ethiopia, with woodcut illustrations

A collection of three works published by Feyerabend, issued jointly with separate title-pages each. The first work contains a translation of the famous travel account of Francisco Alvarez (ca. 1470-1540), who accompanied as a chaplain the 1520-26 Portuguese expedition to Ethiopia under Rodrigo de Lima. The embassy was occasioned by a letter by Helen, Empress of Ethiopia, the grandmother of Lebna Dengel (David II). The journey began in Massaua in 1520, leading the party to Shewa and Dabra Libanos before they reached Lebna Dengel's camp near Taguelat. Alvarez made at least four journeys to Shewa before leaving Ethiopia in 1526, bound for India. According to Ramusio, this was the earliest account of Etiopia, and for at least a century it would remain the principal published source on the country. The first edition appeared in Portuguese in 1540, comprising merely a part of Alvarez's lost five books. Alvarez describes the country's churches, including the rock-hewn churches, and also the towns and the agriculture. Historical geography owes to him the story of the invasion of the Somal and Galla. Alvarez also gives accounts of the countries surrounding the rule of Prester John, such as Danakil and Godjam. It is unfortunate that Alvarez was unable to perform cartographical and topographical localisations, and yet his influence on cartography remained evident until the days of d'Anville and J. Bruce (cf. Henze I, 62ff.). The account is prefixed by two letters by Andrea Corsal, previously published in 1516. The Florentine traveller Corsal describes, on 24 ff., mainly the area of the Red Sea, Southern Arabia (with descriptions of Aden, Hormuz, Bahrein, Socotra, Muscat, and Oman), India, Ethiopia, Persia (the city of Balsera and King Sophi), as well as Malacca. 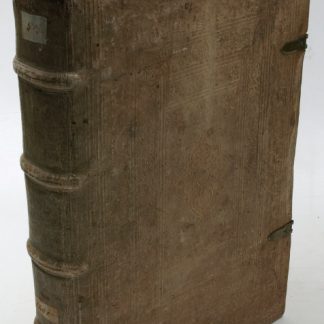