Air services between UK and UAE

Agreement between the UK and the Government of the United Arab Emirates regarding the operation of airlines between the two countries. Such an agreement had become necessary following the Emirates' independence in 1971, when the British-Trucial Sheikhdoms treaty expired. 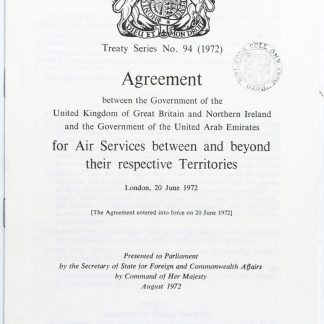