Telesio (1482-1533), a native of Cosenza in Calabria, taught at Rome. Escapting the "Sacco di Roma", he fled to Venice, where he gained the chair of Latin at the Consiglio dei Dieci bekam. It was during these years that he composed his treatise on colours, the earliest of its kind ever to see print. Goethe quotes it in full in his own treatise on colours (Weimarana, pt. IV, pp. 174-193), following the 1545 Latin Basel edition; this is the longest quote in all of Goethe's works.

Telesio's nephew Bernardino, who had followed his uncle from Cosenza to Rome and Venice, would go on to publish his own treatise on colours in 1570. 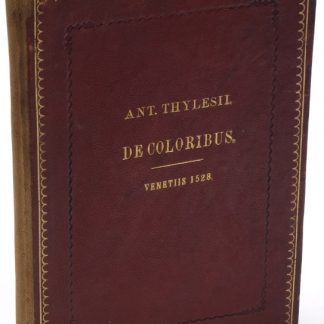