One of the most influential works in the history of philosophy. In the preface to this first edition Kant explains what he means by a critique of pure reason: "I do not mean by this a critique of books and systems, but of the faculty of reason in general, in respect of all knowledge after which it may strive independently of all experience." Before Kant, it was generally held that truths of reason must be analytic, meaning that what is stated in the predicate must already be present in the subject (for example, "An intelligent man is intelligent" or "An intelligent man is a man"). In either case, the judgment is analytic because it is ascertained by analyzing the subject. It was thought that all truths of reason, or necessary truths, are of this kind: that in all of them there is a predicate that is only part of the subject of which it is asserted. If this were so, attempting to deny anything that could be known a priori (for example, "An intelligent man is not intelligent" or "An intelligent man is not a man") would involve a contradiction. It was therefore thought that the law of contradiction is sufficient to establish all a priori knowledge. "The influence of Kant is paramount in the critical method of modern philosophy. No other thinker has been able to hold with such firmness the balance between speculative and empirical ideas. His penetrating analysis of the elements involved in synthesis, and the subjective process by which these elements are realized in the individual consciousness, demonstrated the operation of 'pure reason'; and the simplicity and cogency of his arguments achieved immediate fame. Kant's achievements in other branches of philosophy were equally distinguished and fruitful [...] His methods [...] dominated western philosophical thought throughout the 19th century, as they do today" (PMM). 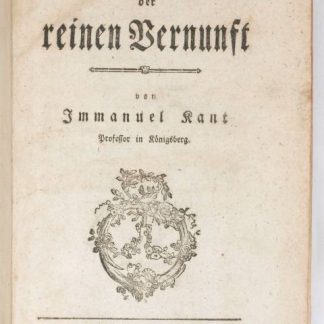