A photograph album containing views of Burma, including images of the staff and works of the Burmah Oil Company, the majority uncaptioned, though several are captioned in the negative and a couple are identified by hand. The Burmah Oil Company was formed in Scotland in 1886 and by the early 20th century owned the largest oil fields in the British Empire, producing 90% of Burma's oil output.

The first eight images show group portraits of staff, the following 48 are topographical or portrait photographs, including views of oil fields, Rangoon, the countryside, an oil blaze and elephants at work. 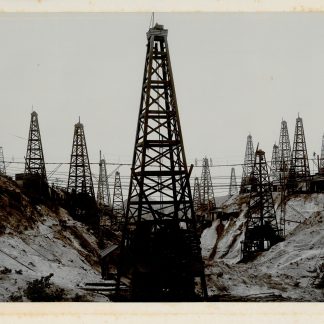