Cat. no.: 14 Catalogue: A Selection of 20 Books and Manuscripts on the Art of Alchemy Tags: Alchemy, Arcana, Early printing to 1600, Islamic World, Medicine, Science 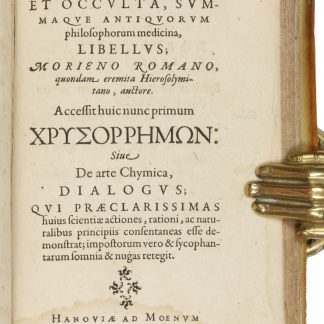