The four Grand Duchesses of Russia

A formal portrait photograph of the four Grand Duchesses of Russia, taken in 1913 for the Romanov Tercentenary and signed by all four and dated "1916" at the bottom. The sisters were very close and frequently signed letters to family relations as "OTMA", rather than use their individual names. 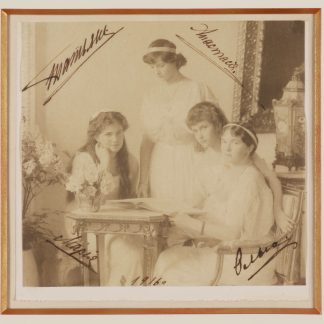