"Intraboque torum, nuda puella, tuum": manual for the Holy Mass, including a manuscript about a wayward nun, "assolutamente oscena"

Fairly early edition of this manual for the Holy Mass, first published ca. 1483; this specimen made unique by including a contemporary manuscript poem about a bawdy nun. Quite rare even without such an addendum: copies of this incunable are attested in 19 holding institutions worldwide, only one in the USA (Bryn Mawr College, Goodhart Medieval Library).

The blank verso of the final leaf contains the manuscript copy of a Middle Latin poem also known as "Versa de monachis et clerico", a specimen of the literary topos of the wayward nun: a total of nine distichs form the dialogue ("monialis dicit" / "juvenis respondet") between a nun and a pious young man. In this poem which appears so ill suited to a liturgical manual, the nun recommends herself through her affection, beauty, and youth, offering to throw off her black habit for the young man and enter his bed with her naked, snow-white body ("Deponam velum deponam caetera quaeque / Intraboque thorum nuda puella tuum"). He rebuffs her: she is already the bride of Christ, he says, and to break marriage vows made unto the Lord Himself is a doubly grievous crime ("Nupsisti Christo [...] / Uxorem violare viri grave crimen habetur / Sed gravius sponsam te violare Dei"). Ultimately, the nun's passion is vanquished by the young man's words, and she submits to his wisdom: "Gaudeo quod verbis sum superata tuis". In spite of the demure ending, the unknown author seems clearly more fascinated with depicting a sensual woman than a virtuous man, and as late as 1892 the Italian scholar Umberto Ronca pronounced the poem (which H. Hagen had edited from the Bernese manuscript in his "Carmina medii aevi maximam partem inedita" [1877], p. 206f.) to be "assolutamente oscena" (Cultura medioevale e poesia latina d'Italia, p. 159).

The text has been preserved variously, with occasional departures: it is to be found in a 13th century vellum manuscript in the British Library (MS Cotton. Cleop. B. ix, fol. 13) as well as in a 14th century manuscript in the Bürgerbibliothek in Berne (Cod. 434, fol. 49v-50r; cf. Hagen, Catalogus codicum Bernensium [1875], p. 381, no. 434.22); an edition from a Bohemian manuscript was prepared by J. Feifalik in the Proceedings of the Imperial Academy of Sciences, historical class, vol. 36 (1861), p. 168. It was probably first printed, with an English translation, in London in 1636 within the anonymous collection "Fasciculus Florum" (no. 794: "Pulcherrima dissertatio monialis et juvenis"). The poem's survival as part of a manual for priests must appear as an ironic quirk of history. 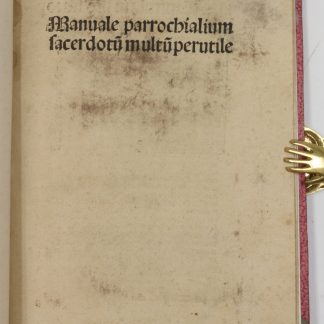