First edition. Fiammelli's work on the usefulness or otherwise of fortification stemmed from Machiavelli's debate that their construction showed a ruler's lack of trust in his subjects. Fiammelli, a Florentine mathematician and engineer who worked for the Duke of Parma in the Low Countries, examines all the ramifications of fortifications, showing that good ones are useful but that they have to be used competently to be effective. This is one of several military works that Fiammelli wrote while resident in Rome at the end of his life.

Occasional light browning, inner front hinge broken. Provenance: title-page has handwritten ownership of the merchant and mathematician Antonio Santini (1577-1662), a friend of Galileo's who later became a monk of the Somaschan order and was buried at Montecitorio. Another ms. ownership "Chiesa di San Biagio a Montecitorio, Rome", also to title. Last in the collection of Thomas Fremantle, 3rd Baron Cottesloe (1862-1956), commander of the Territorial Army and president of the Society for Army History Research 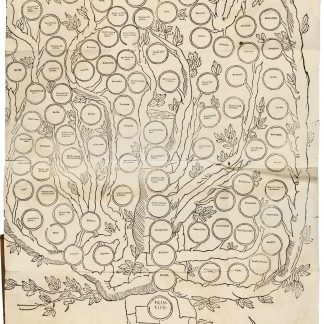