Whigham was a well-connected Scottish author who emigrated to America and worked as drama critic on the Chicago Tribune, and as a war correspondent at the Spanish-American and Russo-Japanese Wars. A close friend and correspondent of British Persian Gulf opinion-makers Lord Curzon and Sir Percy Cox, Whigham wrote the book, based on his extensive travels in the region, at the request of Lord Curzon, who had "advised [him] to go to the Gulf [and] instructed his subordinate officials in that part of the world to give me all the assistance in their power". Whigham is probably best remembered as a prominent amateur golfer, winner of the second and third US Amateur Championships, and author of "How to Play Golf", the first golf instruction manual illustrated from action photographs. 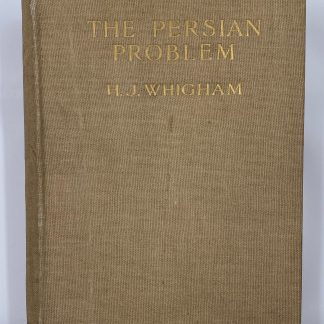