A capsule condensement, for the use of students, of the author's 208-page history of the Ottoman Empire (1869), here written in rhyming verse, published in French and Ottoman Turkish (the latter part lithographed). 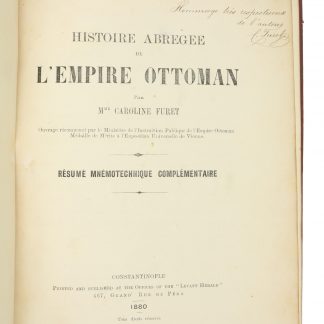